by admin in terpco No Comments
USA October 24 2016

The DC Circuit Court of Appeals recently struck down the Occupational Safety and Health Administration’s (OSHA) attempt to narrow the Process Safety Management (PSM) regulation’s retail exemption for failing to go through proper notice-and-comment rulemaking. Although retailers of hazardous chemicals can breathe a sigh of relief for the time being, they should also be on the alert for any future attempts by OSHA to narrow the retail exemption and also any responsive changes in the Environmental Protection Agency’s (EPA) proposed Risk Management Plan (RMP) rule currently under development that was drafted, in part, to rely on the now-defunct OSHA policy.

OSHA’s PSM regulation exempts from its coverage “retail facilities.” OSHA has historically defined “retail facilities” as those that derived at least 50 percent of their income from direct sales to end users. In other words, a facility with tens of thousands of pounds of hazardous chemicals would be exempt from PSM’s requirements so long as its primary operation was to sell those chemicals.

Following the April 17, 2013 explosion at a fertilizer facility in West Texas that killed 15 people, President Obama issued an Executive Order directing OSHA and the EPA to examine their PSM and hazardous material regulations and recommend revisions to those regulations to prevent future catastrophes.

In response, in July of 2015 OSHA issued an enforcement memorandum, Process Safety Management of Highly Hazardous Chemicals and Application of the Retail Exemption (29 CFR 1910.119[a][2][i]). Under the memorandum, OSHA stated that the retail exemption would now apply only to facilities that fall within NAICS code for “retail employers,” which is defined as a facility that sells small quantities to the general public. As such, under the now-vacated OSHA policy, approximately 4,800 previously exempt facilities would have been subject to PSM’s requirements.

Additionally, the EPA issued a notice of proposed rulemaking in March 2015 to revise its RMP program in response to President Obama’s 2013 Executive Order. (81 Fed. Reg. 13,638 [Mar. 14, 2016]). However, the EPA’s proposed draft of the RMP rule relied on the now-vacated OSHA policy in order to determine which set of RMP regulatory requirements were applicable to a particular facility. Relying on the OSHA policy’s narrowed retail exemption, the EPA intended for the revised rule to subject those additional 4,800 facilities to a more stringent catalog of RMP requirements.

Following OSHA’s memorandum redefining the retail exemption, numerous agricultural and employer groups filed suit, however, arguing that any changes to the retail exemption should have been implemented through formal notice-and-comment rulemaking, and not enforcement guidance. The DC Circuit agreed.

The DC Circuit held that by redefining the retail exemption to address a “particular significant risk,” OSHA’s actions qualified as a “standard” under the OSH Act and, thus, OSHA was required to promulgate the new definition through notice-and-comment rulemaking. Thus, although OSHA was entitled to narrow the retail exemption and expand the scope of the PSM standard, it must do so through proper rulemaking procedures and not through interpretations or guidance.

Following the DC Circuit’s decision to vacate the OSHA policy narrowing the retail exemption, the EPA must now consider whether it must revise its proposed RMP rulemaking since those 4,800 facilities would revert back to the lower category of RMP requirements. Thus, it is questionable whether EPA will meet the goal of releasing the final RMP rule by close of the calendar year, or meet the demands of the Executive Order to require stricter and safer technologies for prevention of chemical accidents.

What Should You Do?

Fresh off its loss, OSHA has stated that it may appeal the DC Circuit’s decision to the United States Supreme Court. For OSHA, the issue is much bigger than PSM and directly relates to its authority to impose stricter enforcement agenda without being forced to go through long and drawn-out rulemaking. Accordingly, employers that would have been subject to the PSM regulations based on OSHA’s new retail definition, or EPA’s RMP update should consider reviewing their programs to see if they are compliant with these requirements.

The Event that Brings Packaging Innovations to the East Coast 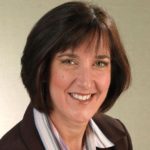