by admin in FSMA No Comments
The FDA Food Safety Modernization Act (FSMA) rule on Sanitary Transportation of Human and Animal Food is now final, advancing FDA’s efforts to protect foods from farm to table by keeping them safe from contamination during transportation. The earliest compliance dates for some firms begin one year after publication of the final rule in the Federal Register.

The rule builds on safeguards envisioned in the 2005 Sanitary Food Transportation Act (SFTA). Because of illness outbreaks resulting from human and animal food contaminated during transportation, and incidents and reports of unsanitary transportation practices, there have long been concerns about the need for regulations to ensure that foods are being transported in a safe manner.

The rule establishes requirements for shippers, loaders, carriers by motor or rail vehicle, and receivers involved in transporting human and animal food to use sanitary practices to ensure the safety of that food. The requirements do not apply to transportation by ship or air because of limitations in the law.

Specifically, the rule would establish requirements for:

The Sanitary Food Transportation Act (SFTA) allows the agency to waive the requirements of this FSMA rule if it determines that the waiver will not result in the transportation of food under conditions that would be unsafe for human or animal health, or contrary to the public interest.

The FDA has published three waivers for businesses whose transportation operations are subject to Federal-State or local controls. They include:

These waivers were published after being described in the proposed and final Sanitary Transportation of Human and Animal Food rule. FDA considered comments on the waivers and found that the waivers would not result in the transportation of food under conditions that would be unsafe for human or animal health, or contrary to the public interest.

Recognizing that businesses, especially small businesses may need more time to comply with the requirements, the compliance dates are adjusted accordingly.

Changes from the Proposed Rule

The proposed rule opened for public comment on February 5, 2014. The FDA made changes throughout the rule in response to public comments, as it has for the other FSMA rules that have become final in the last seven months. For additional information on key changes that have been made in the final rule, please see Key Changes in the FSMA Final Rule on Sanitary Transportation of Human and Animal Food.

Exempt from the Rule 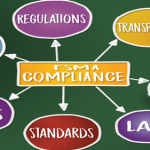 What Have We Learned about FSMA Implementation? 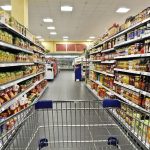 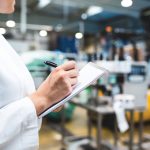 FSMA Inspections: Ready or Not?